This guide will show clubs how to add details of substitutes where a competition allows rolling subs.

Where rolling substitutions are enabled in a competition, i.e. players may go off and come back on again, the process for marking who has played is slightly different, as shown below.

Firstly, select your team line-up in the usual way, making sure the SL button is highlighted for starting players and not highlighted for players who will be on the bench.

You can find a full guide to adding a team line-up here. 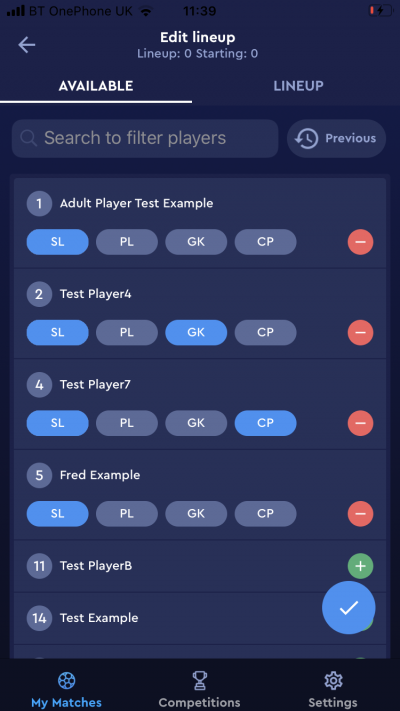 marking a player as played

As there may be many changes in a match with rolling subs, there is no need to record every time a player goes on or off the pitch.  Instead, players are marked as Played.

If a substitute player is not marked as Played, they will show as not having appeared in the match.  The only match events you will be able to add to them are red or yellow cards.

Players need to be marked as Played before you confirm a line-up, so it is okay to mark players as Played in case they come on so that you will be able to add match events to them.

There are two ways to mark players as Played:

- When selecting the team line-up;

- After selecting the team line-up.

Marking players as played when selecting the team line up 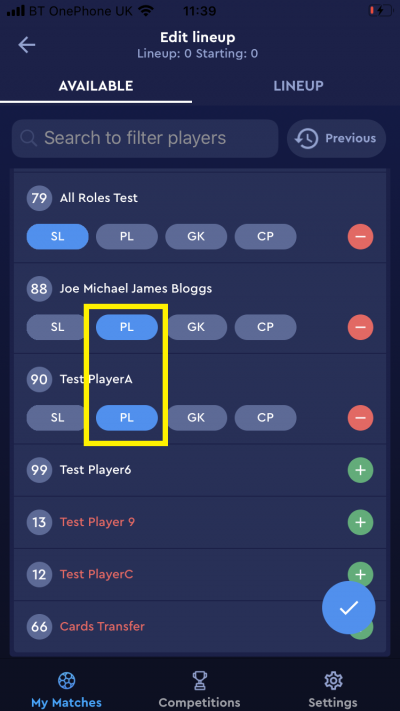 Marking Players as Played after selecting the team line-up

You can also mark players as Played after selecting the team line-up.

In competitions where rolling subs are allowed and set in the competition parameters, you will see a PL button next to the names of the substitutes in the line-up tab.  Tap the PL button to mark a player as Played.

If the PL  button is highlighted in blue, this means the player is marked as played. 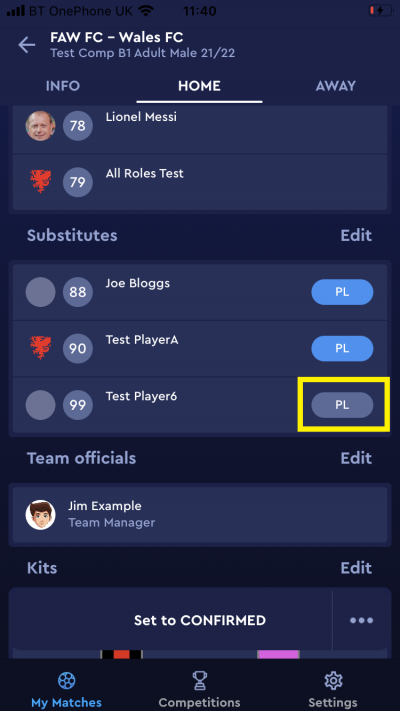 During the match, when you want to add a match event to a substitute player who has been brought on, tap the players name in the Home or Away tab.

As long as the player has been marked played you will be able to add any match event to them.  If you find that you are only able to add yellow or red cards to a player  please check that they have been marked as Played. 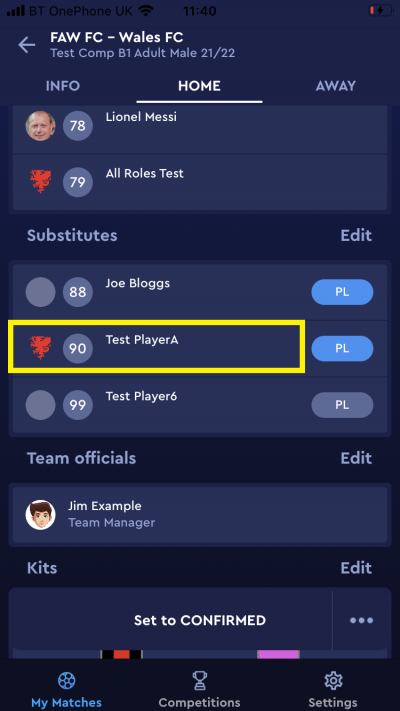 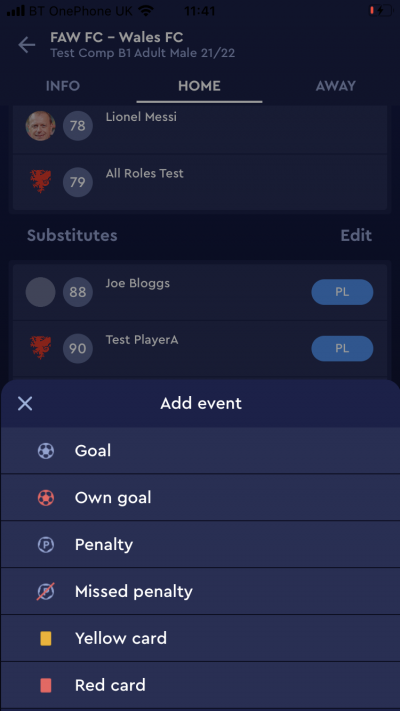